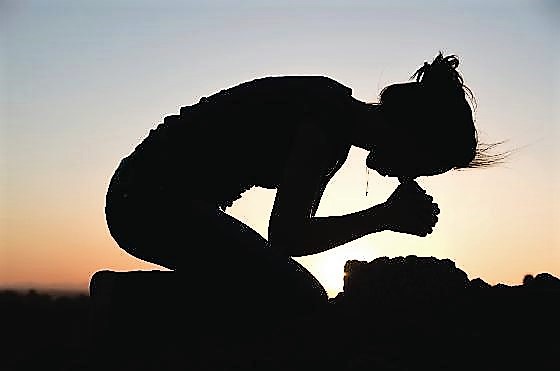 This Thanksgiving week, I hope you’ve taken the opportunity to reflect on your blessings and realized they are gifts from God. As I’ve done so, I’ve thought a lot about an account in the Bible in which Jesus healed ten men of leprosy and had only one return to give Him thanks.

All ten men had cried out to Jesus for mercy.  All ten men had obeyed the instructions of Jesus to show themselves to the priests.  Yet, when they were cleansed, only one returned to Jesus to worship Him and give thanks.  Jesus asked, “Were there not ten cleansed? But where are the nine?” (Luke 17:17, NKJV).  He then told the one who returned, “Arise, go your way: your faith has made you whole” (Luke 17:19, AKJV).

When Jesus proclaimed, “Your faith has made you whole,” I believe He was referring to something greater than being healed of the leprous disease.  He was talking about bringing healing to his whole being … his body, soul, and spirit.  You see, while all ten men were cleaned on the outside, only the one who returned was also made whole on the inside.

There is a special blessing in returning to God that is only found when we return.  Yes, we should obey God when He speaks; we should follow when He leads.  But if we just move from one thing to the next without giving thought to what God is doing in us, we miss out on a huge blessing.  Instead of being so quick to move on to the next thing, why not return to God and reflect on what He has just done?  In doing so, we will more fully realize the work He is doing within us.

You see, when God calls us to minister to other people, there is always a work He is wanting to do in us at the same time.  I’ve heard so many people comment about how they went on a mission trip thinking the purpose was to reach out to others in need.  However, they found that the biggest ministry was not accomplished “through” them but “in” them.

We should value the work God is doing in us.  Certainly, we should be people who are busy with the work of the kingdom of God.  However, we should always take time to pause from our action and return to Jesus Himself.

That’s what made the one healed leper different from the other nine; he stopped to return. Being healed of leprosy was a huge deal, as it was an incurable disease that severely limited one’s quality of life. So, when he was healed, it would have been really easy to just go out and enjoy life with his new health.  However, he took the time to return to the source of his new health and give Him the glory He deserved.  In doing so, He received an even greater blessing of wholeness.

I think you would agree that our greatest blessings are the ones we experience on the inside … salvation, joy, and peace.  Those are blessings no doctor, boss, politician, friend, or family member can give.  Only Jesus Himself can provide such true riches.

The psalmist declared, “Come and hear, all you who fear God, and I will declare what He has done for my soul” (Psalm 66:16, NKJV).  Let Jesus touch your soul today; let Him bless you on the inside.  Reflect on what God is doing in your life right now.  Return to Jesus and worship Him.